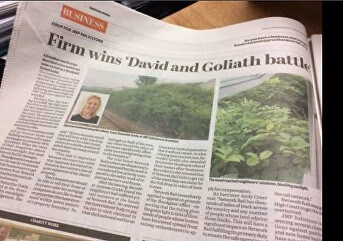 The Williams case was successful at trial and is already considered a landmark case. Network Rail appealed and the High Court accepted that it was important enough to justify leapfrogging it straight to the Court of Appeal. It will be heard at some point probably within the next year (2018) and is likely to be the landmark case on Japanese Knotwees for a generation.

We acted for people in many large cases against all sorts of defendants. We recently acted for a client against a local council who the court accepted did not have a reasonable treatment plan.

Later in the year (2017), we are acting in a large case against the Environment Agency which is the body that wrote the main code of practice for knotweed and is likely to be another landmark case.

We are also acting in many other potentially landmark cases against surveyors who have failed to notice knotweed and also people who have sold their houses without disclosing that there is knotweed present. Every seller is required to say whether they know if there is knotweed present when they sell their house so the court’s decision on what is required of a seller may affect thousands of people up and down the country.